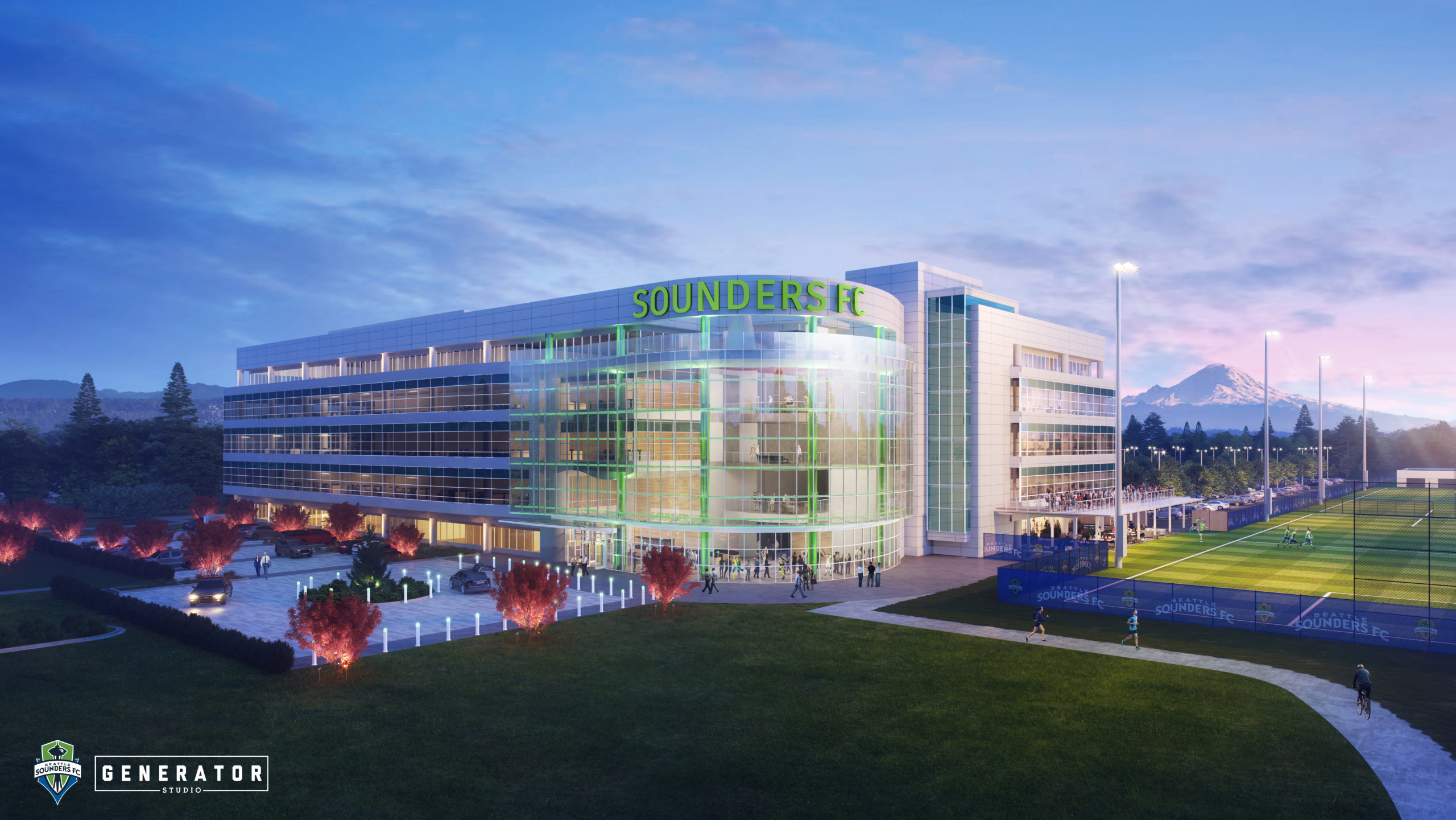 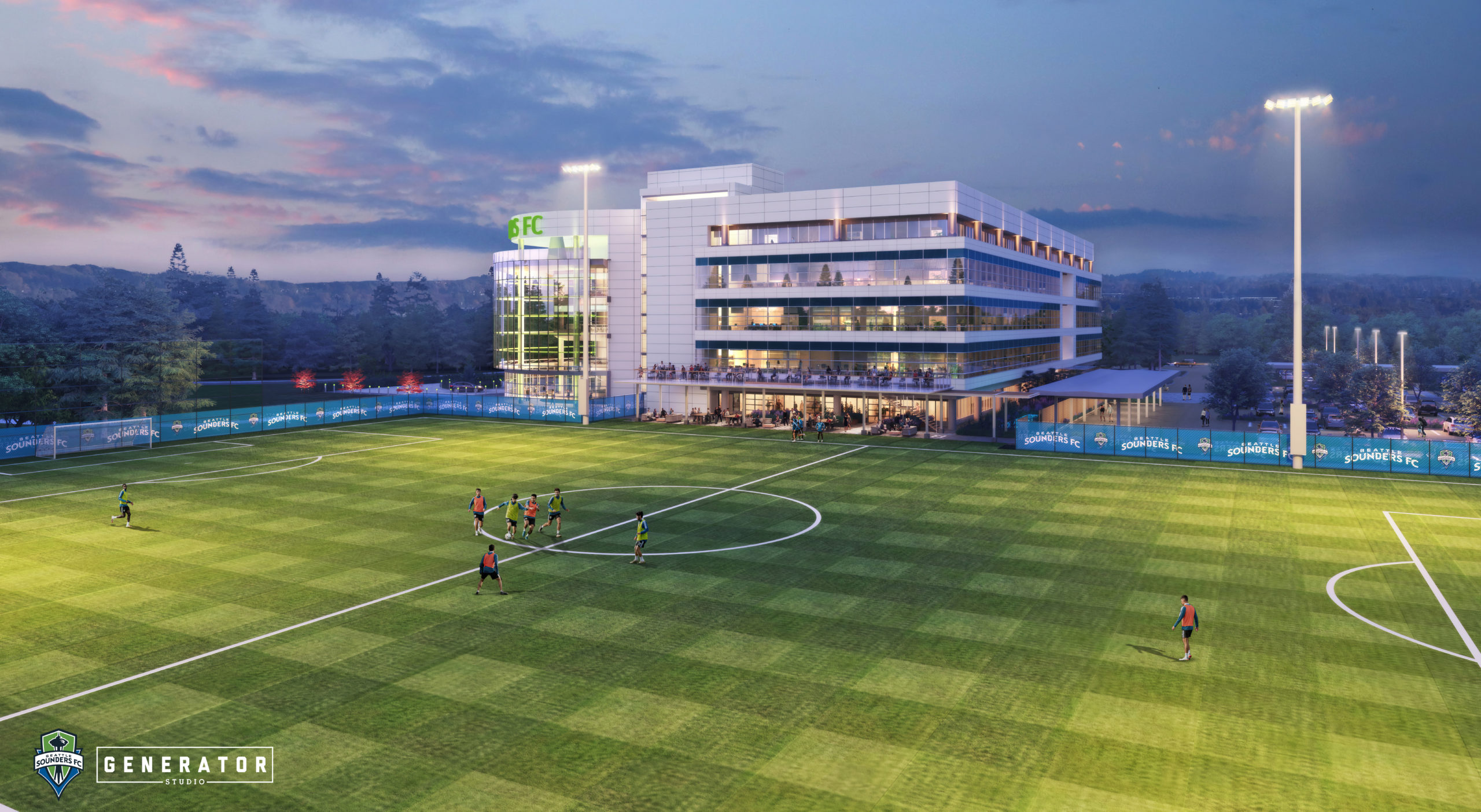 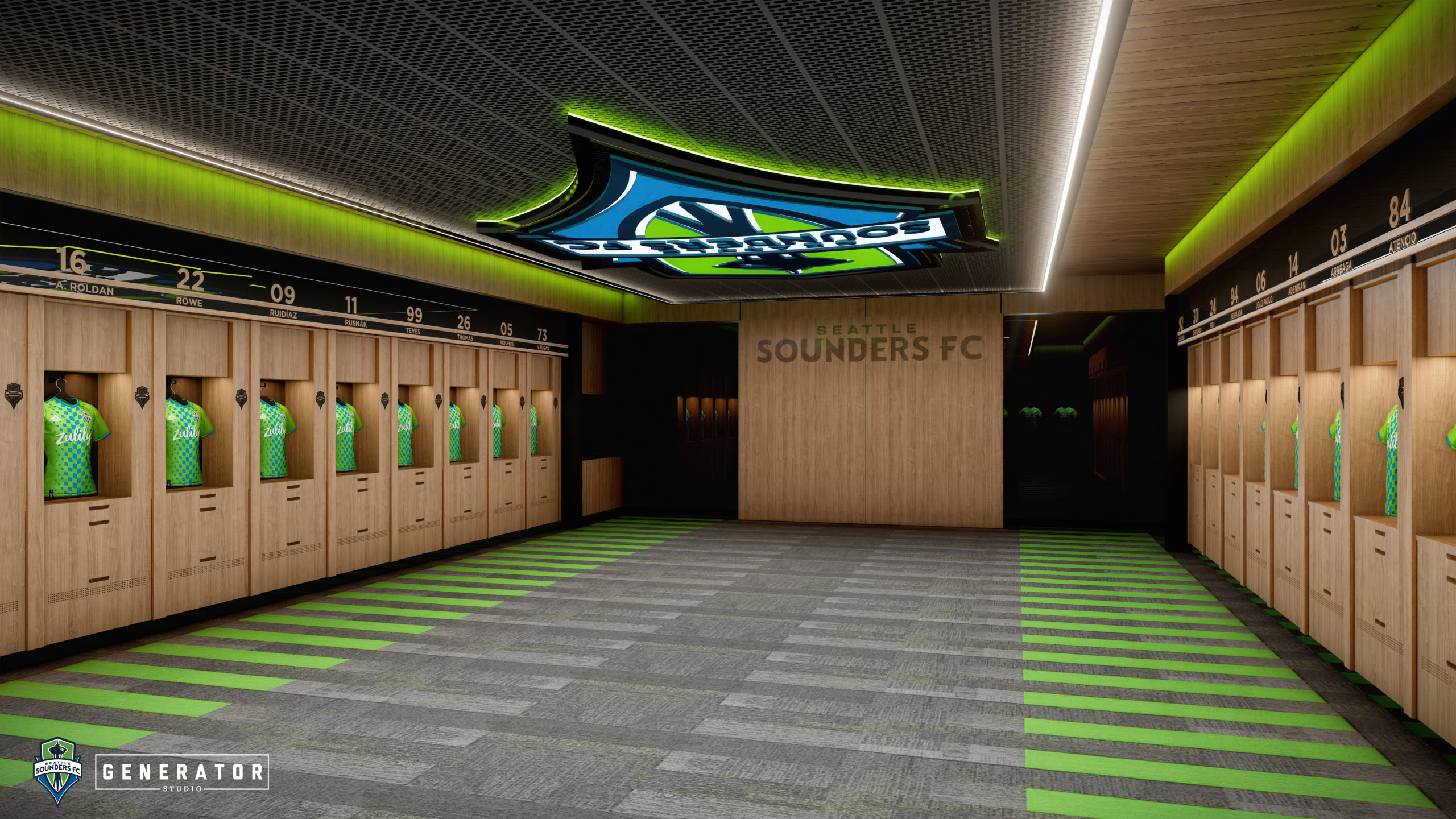 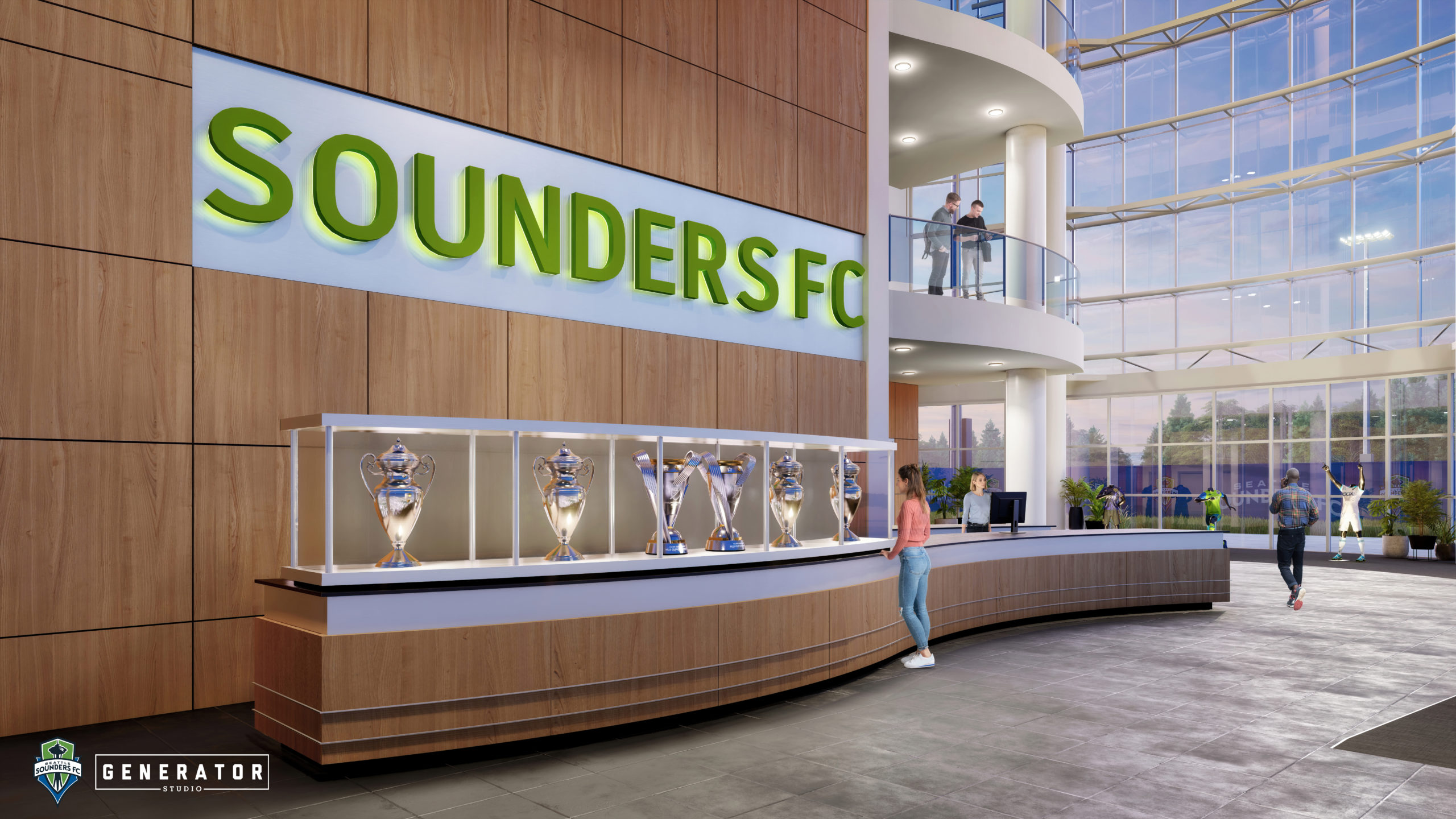 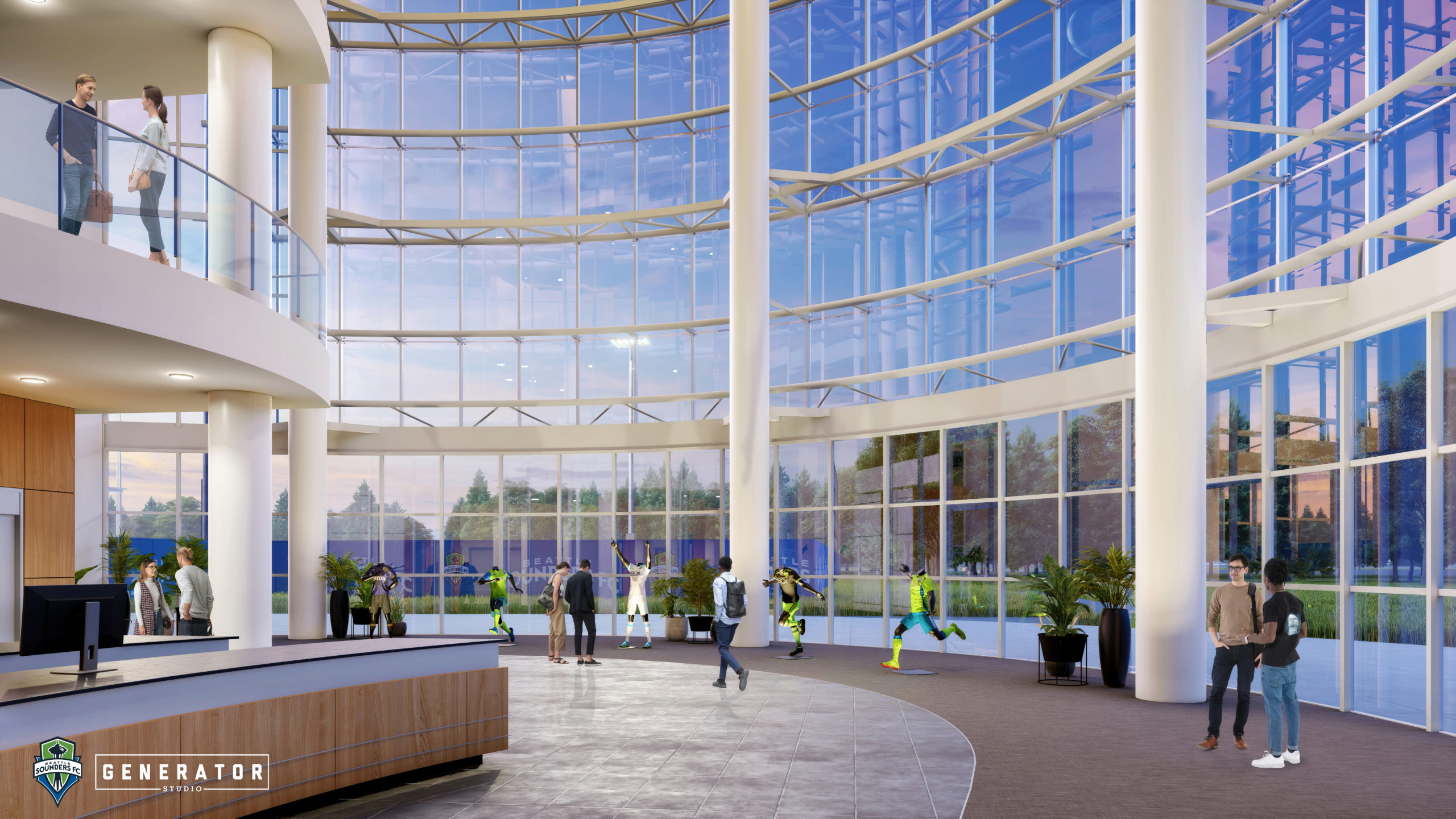 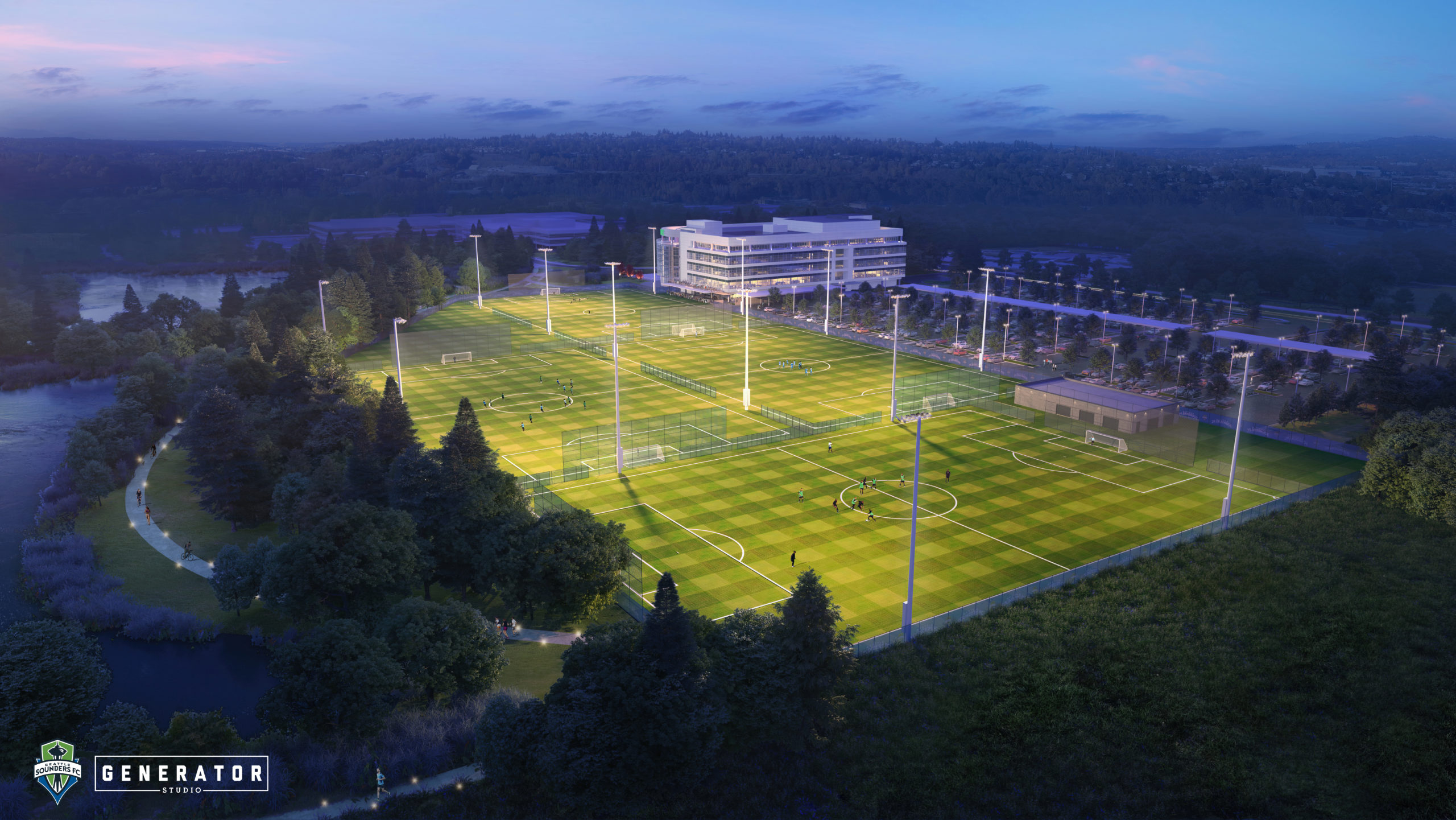 The Seattle Sounders FC Center at Longacres will bring players, staff and community together under one roof for training and operations. Previously a Boeing corporate headquarters, the reimagined space will have four full-sized training pitches, modern locker rooms, office space and more.

In the coming months, further specifics of the design will be publicly shared, with amenities that showcase Sounders FC’s new home as one of the top sporting facilities in North America.

To support the Seattle Sounders FC’s commitment to sustainability, environmentally-friendly building systems and infrastructure will be utilized in the construction of the facility.

The facility is expected to open in 2024 in time for the club’s 50th year anniversary.