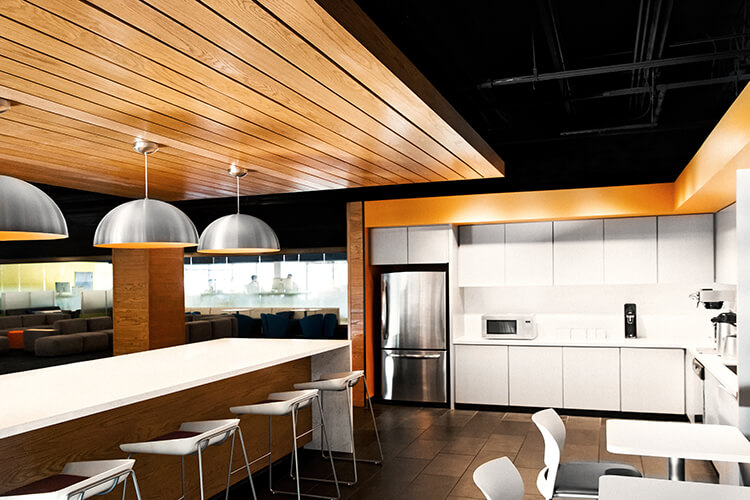 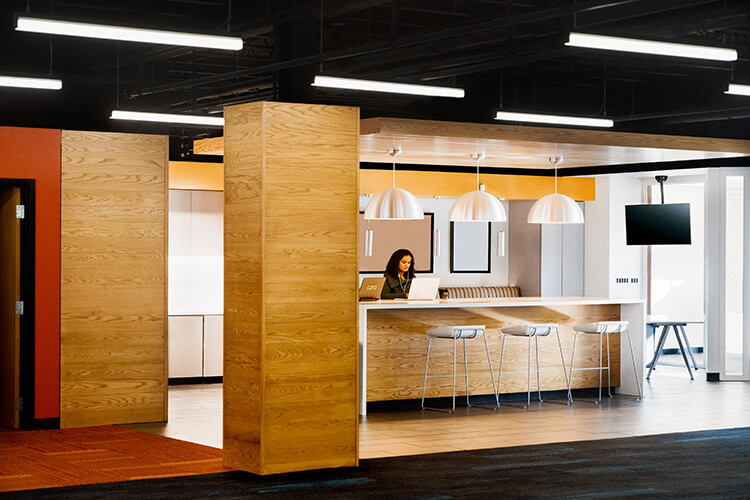 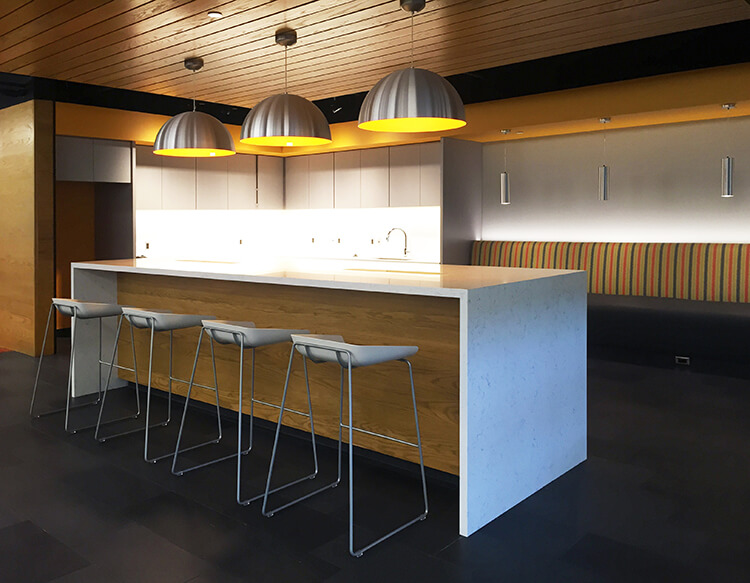 Fairway based C2FO is a company that incubates ideas and young innovators. They were rapidly outgrowing their existing office space, and acquired the space directly below their current office in an existing multi-tenant office building.

Generator Studio was tasked with creating a colorful, inspiring environment that provides both private and public meeting spaces for groups sized from four to fifty people. In addition, small conference rooms and a large, but quiet, open office were required.

C2FO was simultaneously launching an updated website, with a branding overhaul using four distinct colors: red, yellow, blue and green. We used those four colors to establish distinct working zones required by the program, and to highlight the future branding direction for the company. A significant technology overlay was required for all spaces, to further allow flexibility and increase productivity.

The design solution organized the private conference rooms and large open office as an L shape, framing a large flexible space for break out meetings; supported by a new kitchenette with a large central island with built in USB / duplex charging and data connections. Other highlights include paint accents, brightly colored carpet, wood accents at the existing columns and in the kitchenette, and a large up-lit frosted glass partition.