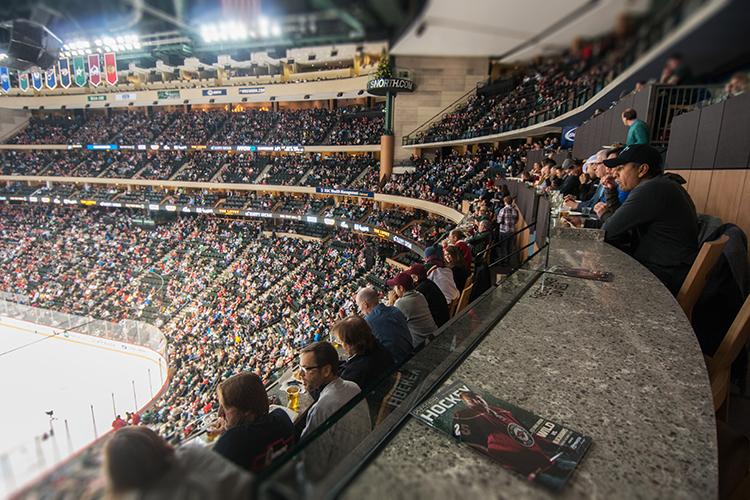 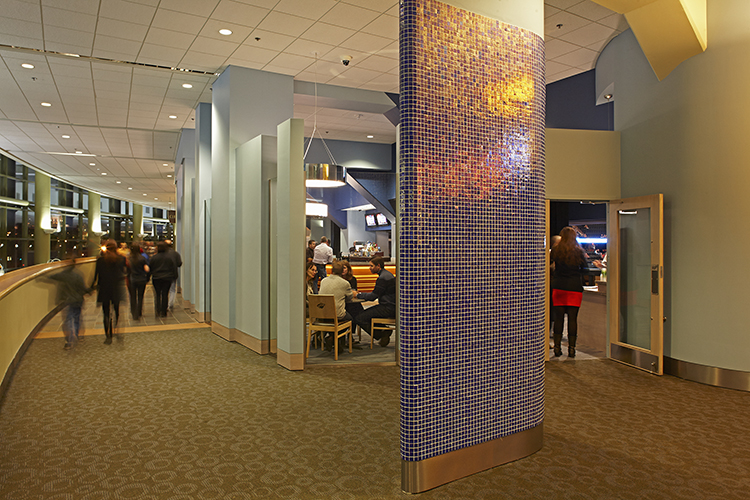 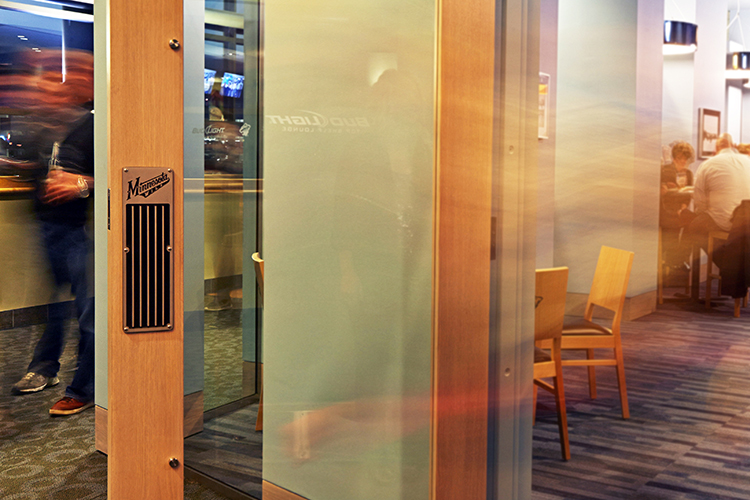 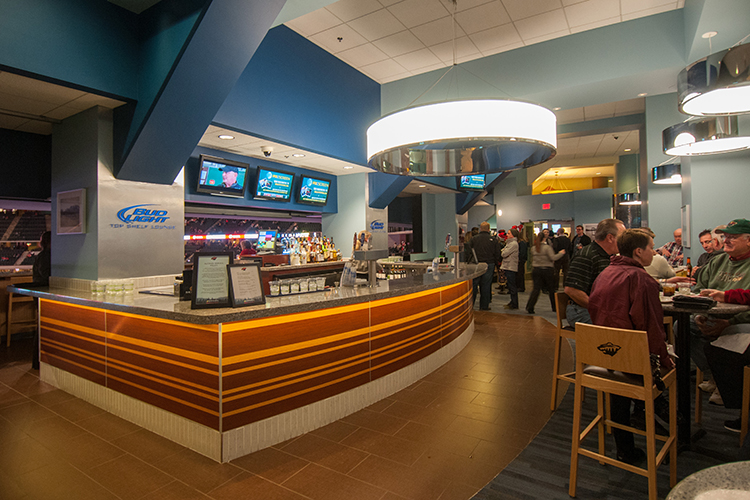 Xcel Energy Center is widely regarded as one of the best NHL facilities by fans and operators alike. Knowing that, when Generator Studio was hired in 2012 to help the Minnesota Wild develop a new price point between their existing club and suites, a primary goal of the project became improving the VIP experience at the arena.

The renovation had to be completed over the off-season and remain open during Xcel’s summer concert series. The scope included the addition of 24 new loge boxes and 26 drink rail-style seats within the existing club.

Minnesota has a strong Scandinavian influence, and Xcel was originally themed around the Minnesota knotty pine cabin.  We built off these themes to create a more exclusive, almost yacht-like setting.