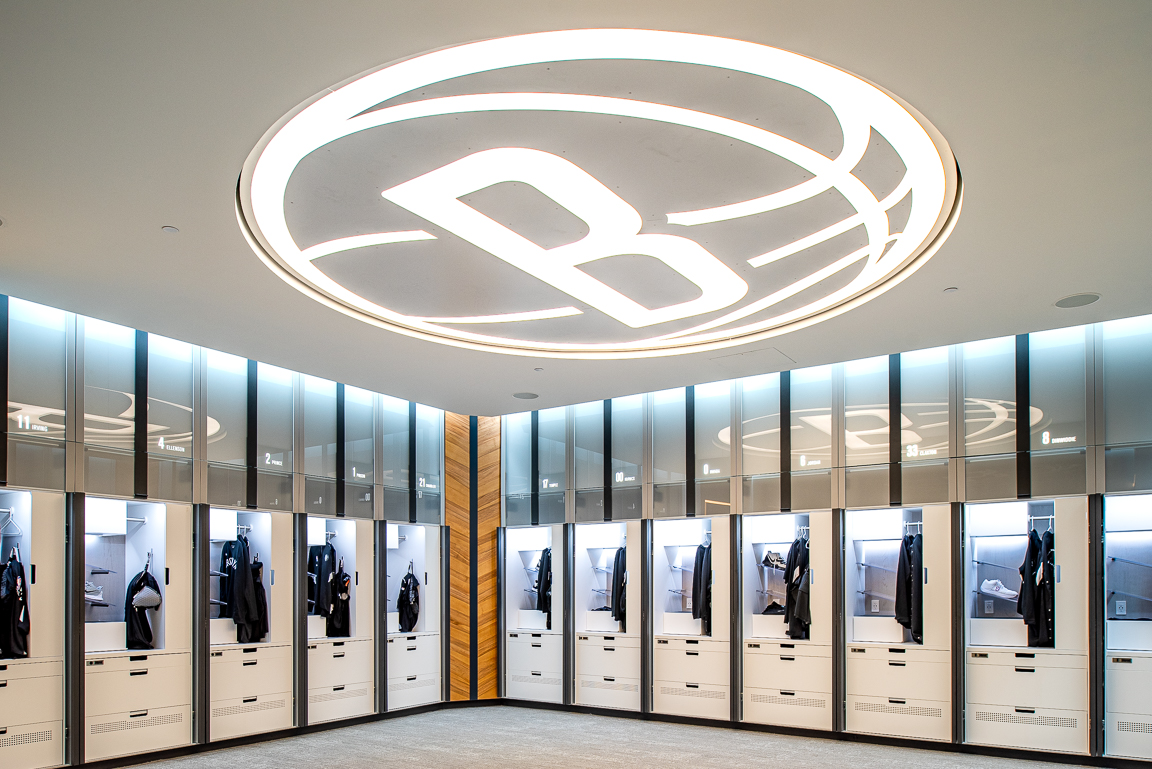 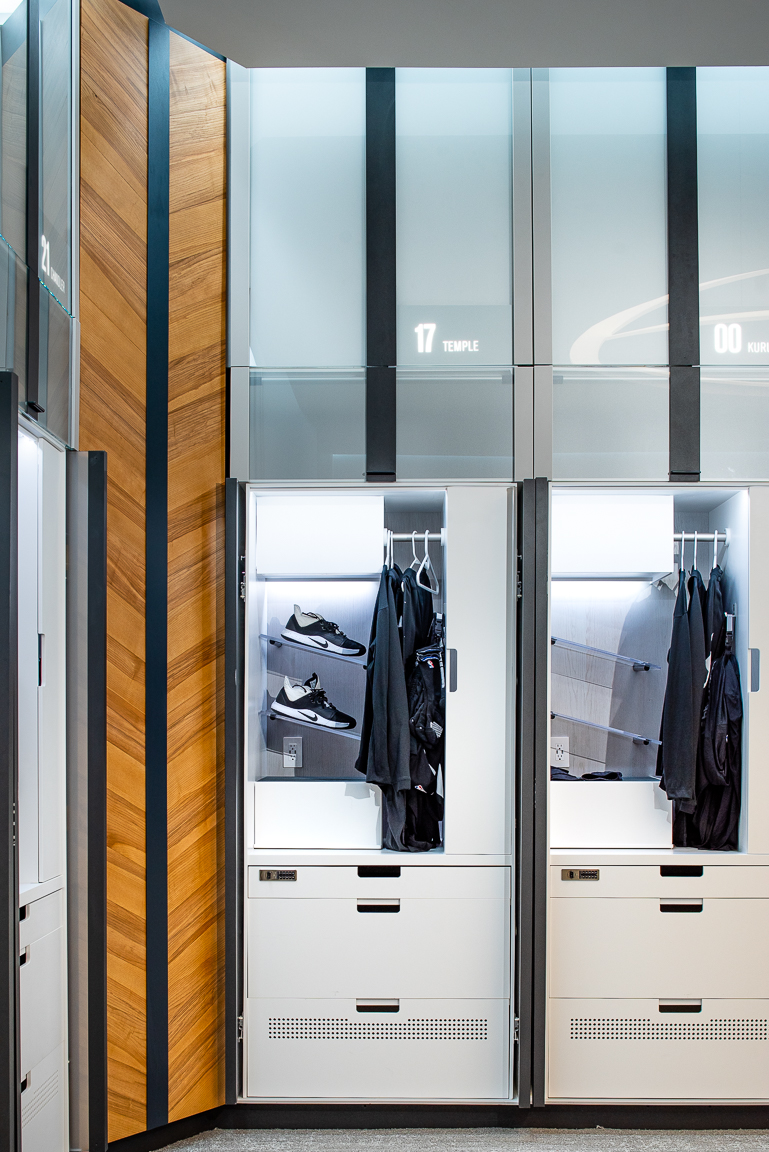 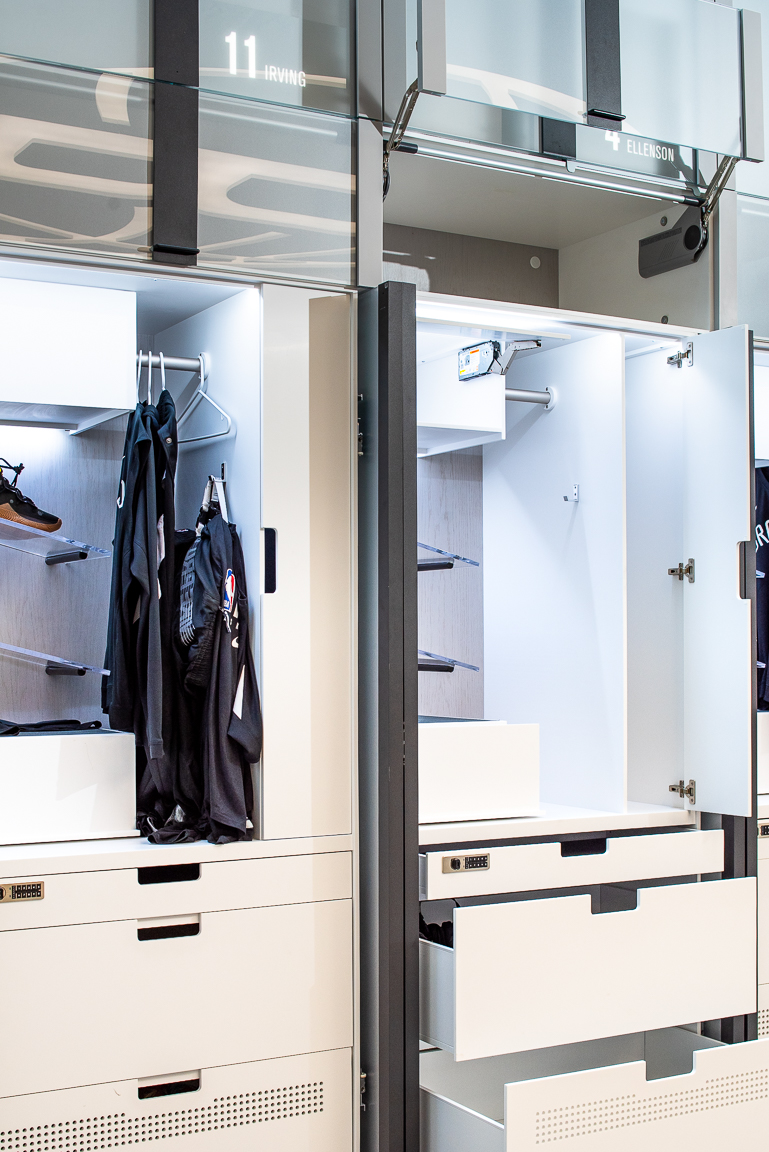 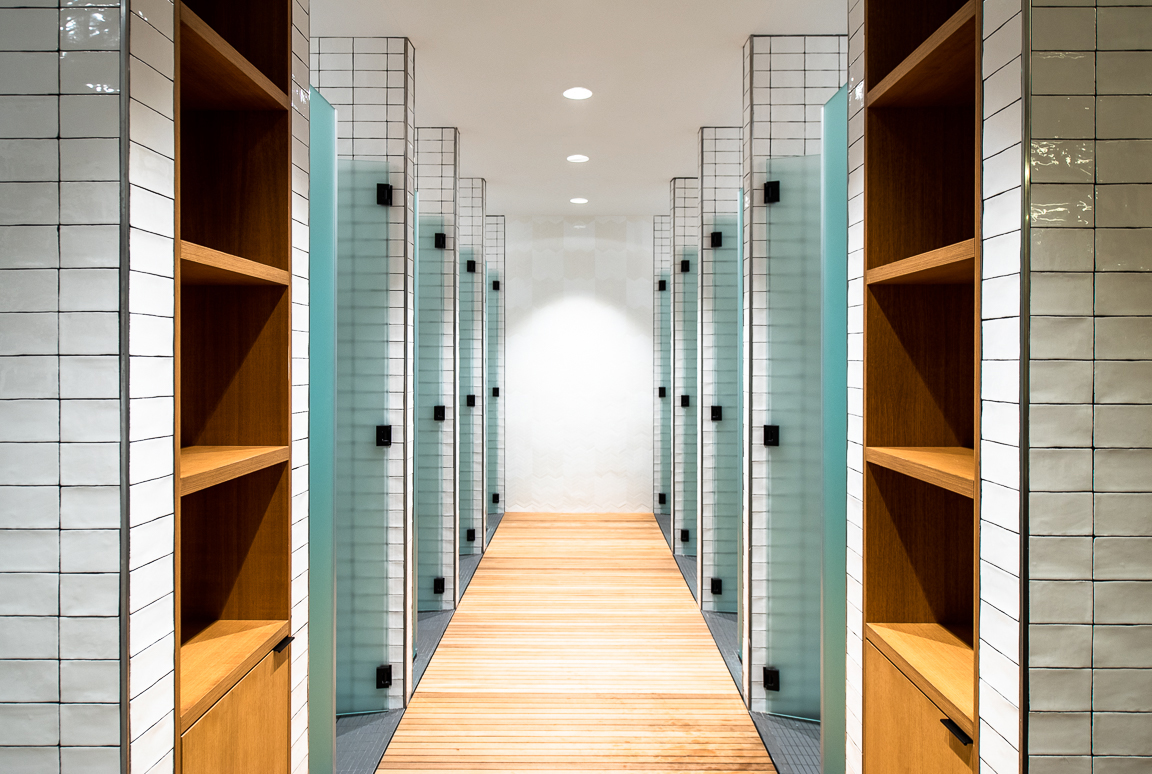 Equipped with a refreshed Nets brand, in 2019 the Nets requested Generator transform their locker room suite to demonstrate a new investment in their players. The scope included the main locker room, team lounge, team wet areas, work out space, and coaches lockers. Inspired by the raw authenticity of the Nets brand and their Brooklyn home, Generator proposed a solution that was a clear design statement to the players that were now in New York. The locker room and associated spaces embrace of a balance of warmth, industrial overtones, and sleek finishes.

The imagery of ‘being on stage’ was evoked with the locker design being vertical in nature rather than typically horizontal, eliminating the traditional ‘layer cake’ look to lockers. The verticality of the lockers was created by retractable glass doors, making the lockers larger than life, and evoking the concept of ephemeral stage curtains via the matierality of the translucent glass doors. Other locker features included signaling permanence for the players with back-lit name plates (the player’s favorite feature), and when the locker doors are open, making their shoes the key feature seen in the space. Circadian lighting was also integrated to help player adjustments to jet lag. Our other big move in the locker was to simplify the Nets branding to one massive back-lit ceiling logo and finding space for a private player Zen room. In the wet areas, we recessed teak wood flooring slats with hidden internal draining to reduce water tracking, and also created a bevy of integrated storage. The players lounge enjoys improved food and beverage service, while tying together the architectural herringbone pattern that become a signature feature of Barclays Center.