On Thursday, September 28th, Generator Studio invited friends and family to our office to celebrate two NHL clients facing off at the Sprint Center – the St. Louis Blues and the Minnesota Wild. 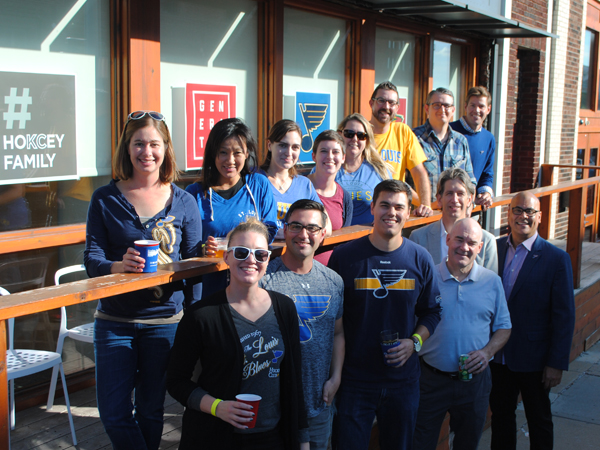 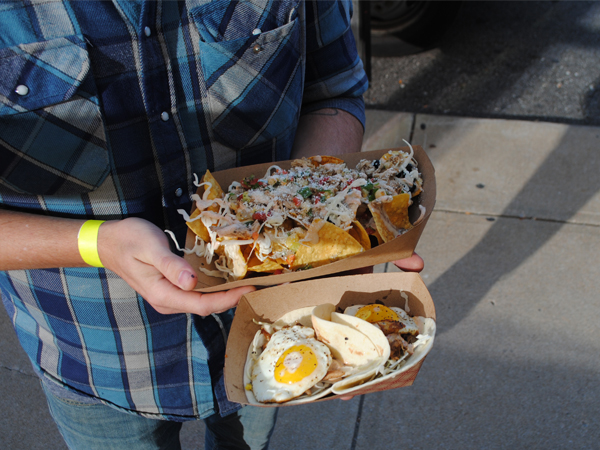 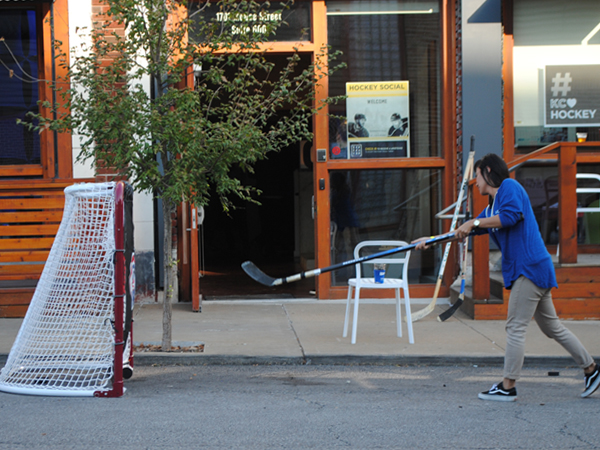 As part of the Generator sponsored pre-game festivities, guests tasted St. Louis’ 4 Hands Incarnation and Minnesota’s Fulton 300 in order to vote for their favorite beer. Unlike the game itself, the St. Louis beer won by six. A hockey net was set up in the street for guests to try their hand at street hockey. Food was provided by KC’s The Casual Foodie, an American fusion food truck.

Generator sat in section 110 at the Sprint Center as Minnesota’s right winger Charlie Coyle scored the game-winning goal with 4.3 seconds remaining, ending the game with a final score of 3-2.

Generator has worked with both NHL teams to help them stay competitive in the current market by renovating and upgrading their facilities. The Blues asked Generator to create a comprehensive analysis and feasibility study of Scottrade Center, and just completed an off-season renovation based on the core scope identified in that master plan. Scope included updated event level and operations areas, a new locker room for the Blues, upgraded video production center and equipment, technology upgrades, new concessions, and the addition of a 132 person seating concept launched as the Theater Boxes.

Back in 2012, the Minnesota Wild asked Generator to help them develop a new price point between their existing club and suites. A primary goal of the project became improving the VIP experience at the arena. The renovation had to be completed over the off-season and remain open during Xcel’s summer concert series. The scope included the addition of 24 new loge boxes and 26 drink rail-style seats within the existing club, called the Bud Light Top Shelf Lounge.

Generator also supports the Kansas City Mavericks‘ partnership with the Blues in an effort to fortify hockey statewide. The agreement’s main focus is to grow youth hockey and player development in the Kansas City area, stemming from the St. Louis Blues “Hockey STL 2020” campaign.

We are grateful for the opportunity to support the National Hockey League and our clients both personally and professionally by helping teams envision the future of their venues, brand and fan experience. Generator Studio will continue to be an advocate for ice hockey in the Midwest and the next generation of fans and players. Check in regularly for updates on our upcoming hockey related work!