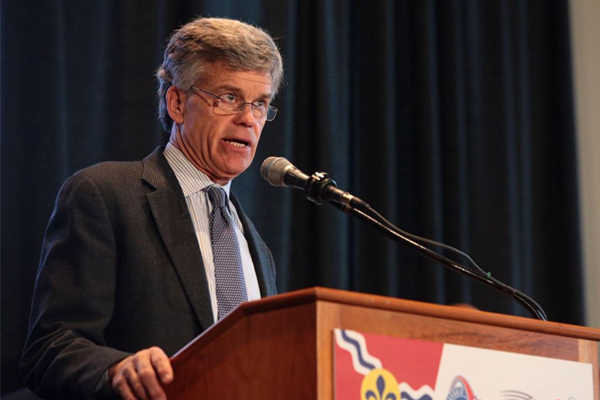 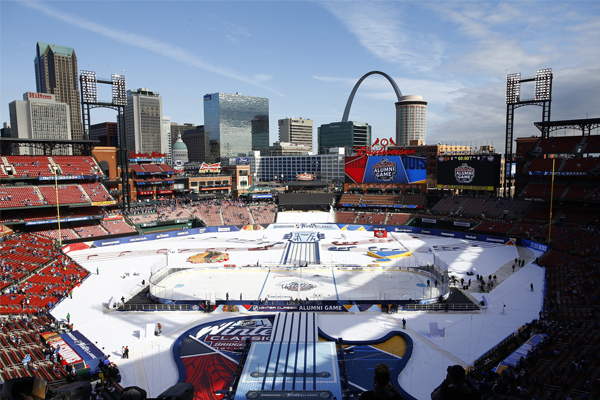 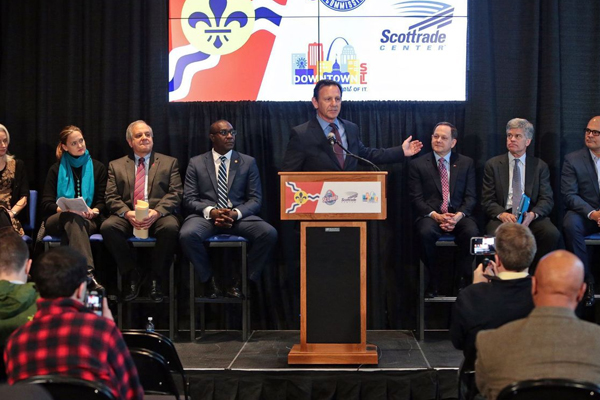 A $138 million renovation to Scottrade Center was recently announced during a momentous press conference. The Generator Studio crew was on site for the press conference after coming off the Blues’ awesome win over the Chicago Blackhawks in the 2017 Winter Classic. The Blues proposal to the city of St. Louis looks to fund the renovation via private ownership dollars and a $67.5 million contribution from the city of St. Louis.

The public funds would pay for a complete reseat of the bowl, a new center hung scoreboard, renovated team and visitor locker rooms, new concessions, new offices and various tech + communication upgrades. Several additional and highly anticipated renovations are also in the works to be implemented as a Phase II renovation to Scottrade Center.

Phase I renovations also include the historic Peabody Opera House, and would improve connections to Scottrade Center along with new MEP and security upgrades. Read more about the press release, scope and funding mechanisms in the St. Louis Post-Dispatch.

Generator Studio is excited to be the architect and designer for the pending renovations. To date, we have partnered with the Blues and Levy Restaurants to develop a new local concession concept (opened in 2016) and various other technology upgrades to the Center.

As momentum for the project ramps up, be sure to check back for regular updates, and maybe even some sneak peeks of the future at Scottrade Center.