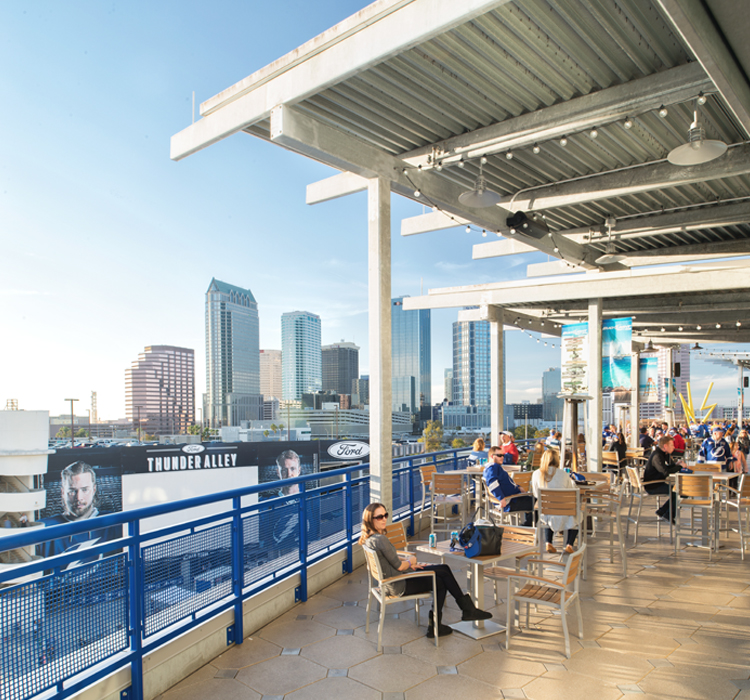 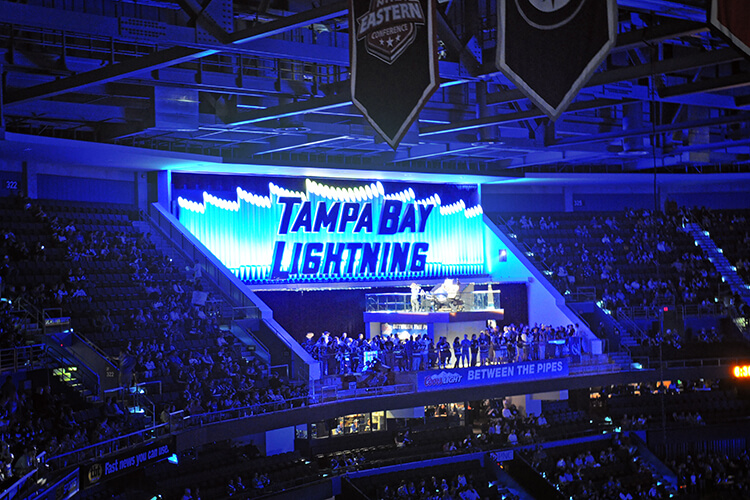 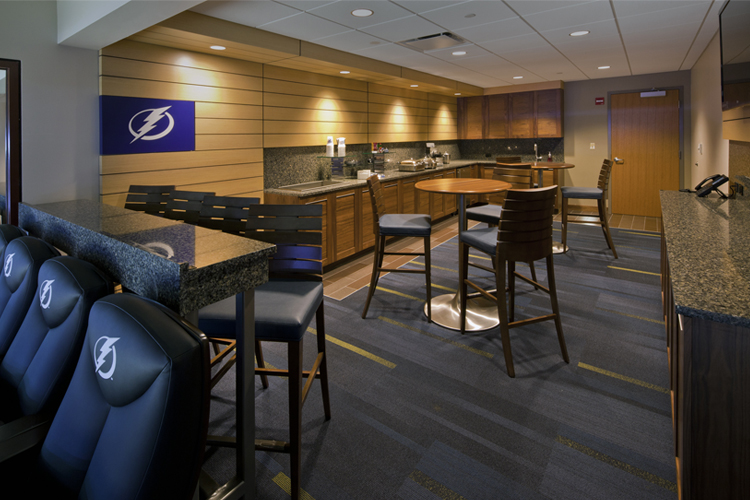 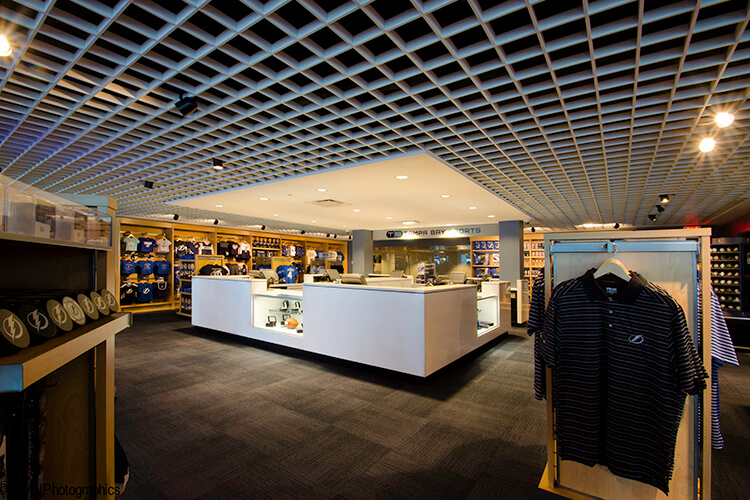 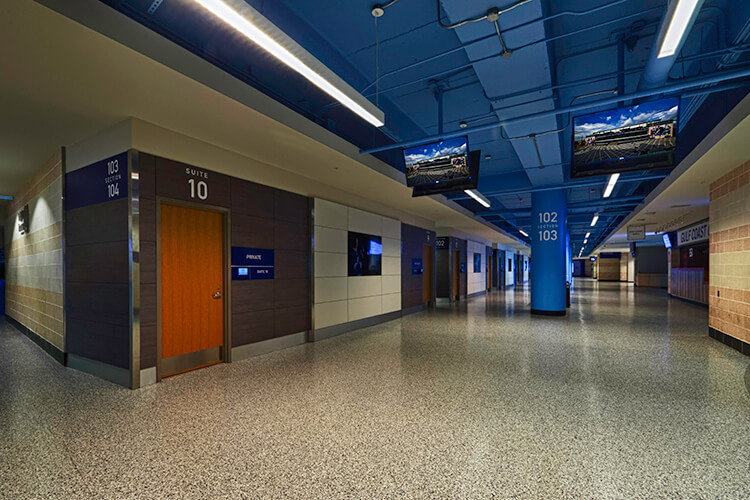 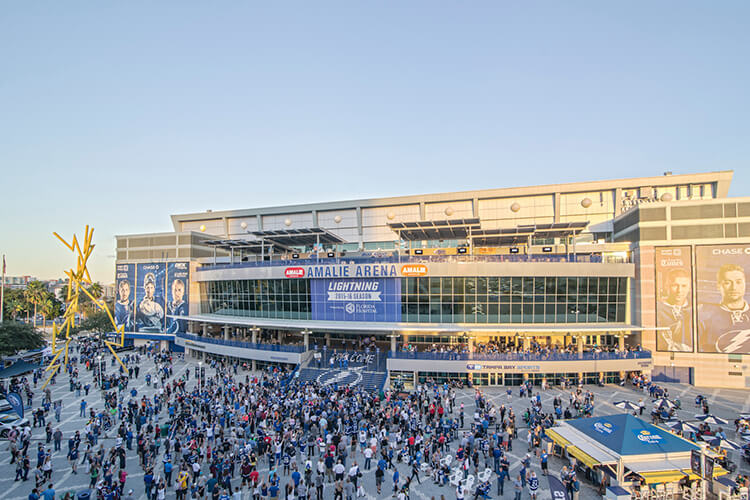 The Lightning went through some tough years after their Stanley Cup victory in 2004. The NHL found a great new owner in Jeff Vinik in 2010, who pledged to bring the team prominence through four major initiatives: Community- a $10MM charitable organization; Fans- bring competitive hockey back to Tampa; Ticketing/Sponsorships- reinvigorate local partnerships; and Facility- a $40mm renovation and expansion of the arena. Jeff hired CEO Tod Leiweke, who worked with Generator Studio on multiple projects in his previous engagement with the Seattle Seahawks.

Our task was to make the arena one that is unique to its place in Florida and unique to the NHL. NHL fans in cold climates should wonder why they’re not in Tampa when they watch their team play the Lightning on a tropical evening, and the broadcast cuts to the new themed Signature Outdoor Deck with BBQ, beers and frozen drinks. When you step into the bowl, it’s all hockey, culminating in a traditional organist leading the cheers and a tesla coil lightning strike when the team scores. An honesty in design, theming, and programming allows both the fans and corporate partners to engage in the rebranding of this hockey club to capitalize on the local culture and climate in Tampa.