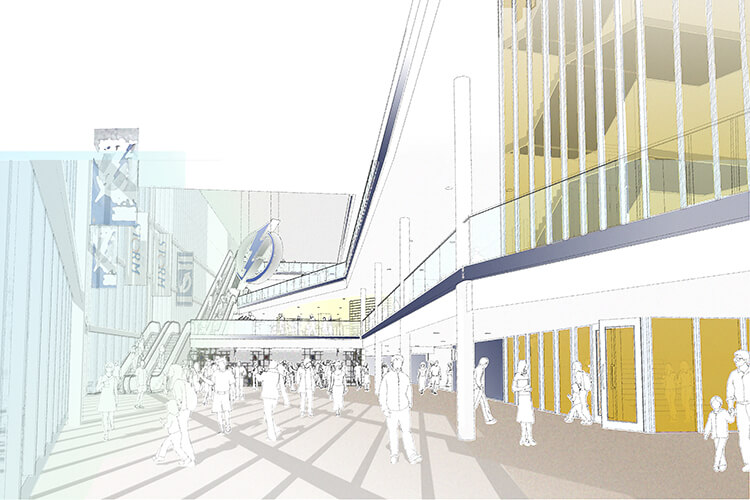 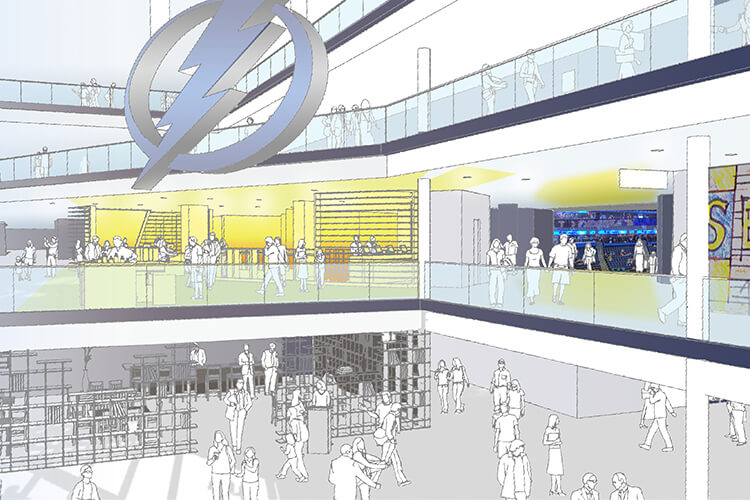 Between Phase I and Phase II of the arena renovations, the Lightning enlisted Generator Studio to undertake an extensive 20-year master plan to study additional revenue opportunities within and around the arena. As part of that effort, a thorough audit of the facility was completed to analyze the following: maintenance and replacement schedules for structural, electrical & ice equipment upgrades / replacement; top-to-bottom scope of upgrades for the arena; and a new exterior entertainment district located outside the arena.

A primary goal of the master planning effort was to better engage and revitalize the neighborhoods surrounding Amalie Arena, which would be accomplished by a new VIP entrance to the arena, a new entertainment district dubbed Tampa Live, and the addition of a new practice facility and expanded offices. Tampa Live would add restaurants, bars and retail to enliven the existing Thunder Alley plaza.

Ultimately, the study resulted in a kit of parts with estimated costs the team used to plan their next substantial investment; the scope completed in the Phase II Club and VIP renovations of the arena.